Uncle Ernie’s Bayfront Grill and Brew House, located in Historic St. Andrews, offers more than just fantastic food, excellent service, and an incredible view. Dining with us, you experience a dose of history the moment you walk through the door. Along with the friendly service, this quaint house invites you to feel at home and at ease while you enjoy our award-winning food in a laid-back, relaxing atmosphere. 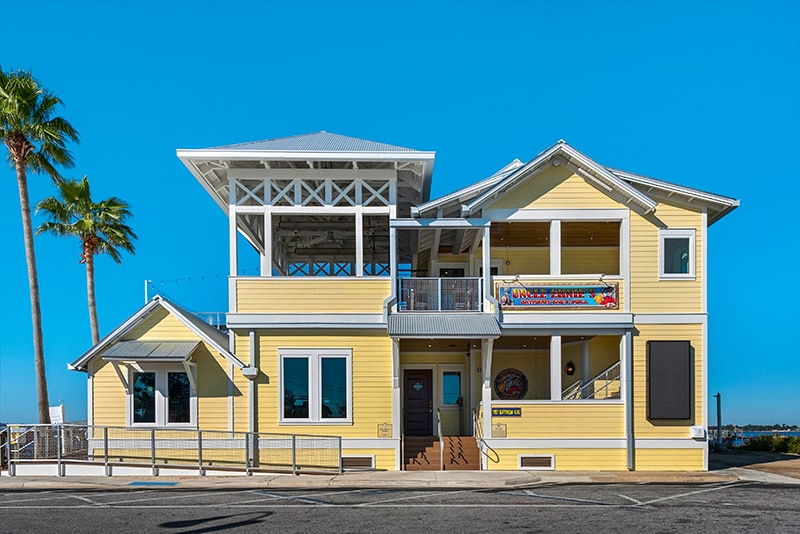 A RICH HISTORY IN ST. ANDREWS

Uncle Ernie’s is the home of Ernest (Uncle Ernie) and Jessie Morris. The original house was built in the late 1800s, making it one of St. Andrews’s oldest. Uncle Ernie was born May 19, 1898, in Point Washington, Florida. He married Aunt Jessie on May 7, 1925. They had four children: Ernest Isadora “Bubba,” Gaynell, Ezelle, and Donald. Isadora and his wife Eunice bequeathed this home to preserve and convert into a restaurant so that it would serve as a landmark near the St. Andrew Marina, where Uncle Ernie was known to many and where he made his livelihood. Jim’s wife, Doris, is Uncle Ernie’s great-niece and her mother, Ernestine, Uncle Ernie’s namesake, was in the restaurant business in Bay Minette, Alabama, for 28 years. All photographs and memorabilia you see in the restaurant are here to share and serve Ernest and Ernestine’s memories. 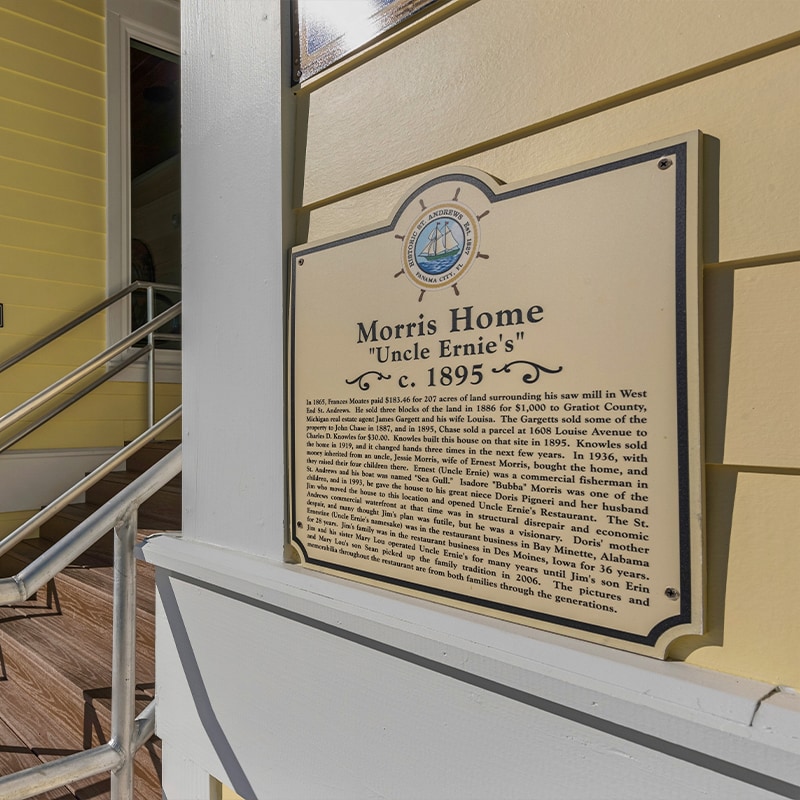 OUR CREW ON DECK

The crew at Uncle Ernie’s is always looking forward to serving you whether you prefer to dine inside or out on our beautiful deck, enjoying the sunset over St. Andrews Bay. Our team is known for being friendly, attentive, and eager to do whatever they can to provide you with an unforgettable dining experience in Panama City, Florida.